● The Popular Music program for the coming months includes concerts by French singer Zaz, as well as Jethro Tull, Ojete Calor, Steve Hackett. ● The Classical Music program brings us performances by the Salzburg Mozarteum Orchestra and Trevor Pinnock, the Paris Chamber Orchestra and Nil Venditti, the Ensemble Il Pomo d'Oro and Francesco Corti, the Champs Elysées Orchestra and Philippe Herreweghe, alongside soloists such as Viviane Hagner, Jakub Jozef Orlinski, and Javier Perianes. Opus Lirica will be performing the opera Pagliacci, by Leoncavallo. ● For children and families, the School Concerts and Family Concerts series both return, with “Goazen operara”, by Opus Lirica, and “Elkarrekin sortu”, a new production by Euskadiko Orkestra’s Aula de Música.

In the February - June 2023 season, Kursaal Eszena is offering 12 events with classical and popular music, alongside special concerts for families and children, with a combination of veteran artists and young guns, new classics, and old favourites. While Philippe Herreweghe has been with the Orchester des Champs-Élysées for 30 years, the Paris Chamber Orchestra is conducted by recent signing Nil Venditti. In popular music, alongside veteran rockers Jethro Tull and Steve Hackett, you can find shows by Zaz (France) and Ojete Calor; the celebrated musical project of Carlos Areces and Aníbal Gómez.

The season opens on February 8th, with the Mozarteum Orchestra of Salzburg and violinist Viviane Hagner, and closes on June 27th, with a concert by Steve Hackett.

French singer Zaz provides the first performance of the popular music program on March 17th as part of her Organique Tour, performing songs from her fifth album, Isa, alongside classics such as Je veux, a song from her debut with which she rose to fame in 2010, and other hits such as On ira, Éblouie par la nuit, and Que vendra. On May 11th, Jethro Tull, the legendary British rock band fronted by Ian Anderson, will perform songs from their 23rd studio album The Zealot Gene, their first release in two decades. On May 13th, in a shift of tone, Kursaal Eszena will lend their stage to Ojete Calor for a performance of music and comedy from actor, cartoonist and singer Carlos Areces (Carlos Ojete) and comedian, actor and singer Aníbal Gómez (Aníbal Calor), creators of what they call subnopop, based around electronic music, and popular culture with a touch of kitsch and irreverence. Finally, on June 27th, guitarist and ex-member of Genesis Steve Hackett comes to San Sebastián as part of the Steve Hackett Genesis Revisited: Foxtrot at Fifty + Hackett Highlights; marking the 50th anniversary of legendary album Foxtrot, which was instrumental in establishing Genesis at the forefront of British rock. The show will, of course, include hits from the band and highlights from Hackett's extensive solo catalogue.

As for classical music, on February 8th, the season opens with the Salzburg Mozarteum Orchestra, one of the oldest musical institutions in Europe, and a custodian of the tradition of interpretation of Wolfgang Amadeus Mozart. Under the direction of Trevor Pinnock and together with violinist Viviane Hagner, they offer a program that includes works by Beethoven, Mendelssohn and Mozart.

On February 17th and 18th (not included in the series of concerts accessible with the Classical Music pass), the opera comes to Kursaal, with a new production by Opus Lirica and Promusika: Pagliacci, by Leoncavallo. Starring passionate characters who are driven by jealousy, revenge, and other base instincts, this drama presents a brutally immediate narrative. Under the musical direction of Iker Sánchez Silva and the stage direction of Pablo Ramos and Carlos Crooke, the cast of soloists includes the singers Botond Ódor, Hao wen, Ainhoa Garmendia, Pau Armengol and Aitor Garitano, alongside the Opus Lirica orchestra and choir, and the Easo Choir.

On March 7th, the young Italian-Turkish conductor Nil Venditti will conduct the Orchester de Chambre de Paris in a concert focused on pieces by Mozart, Mendelssohn and Bizet and featuring a solo performance by David Fray. Fray, a pianist born in the town of Tarbes in France, has had an outstanding international career, with performances in major European and American venues, and collaborations with top-level orchestras and conductors. On March 29th, the young Polish countertenor Jakub Józef Orlinski presents his second solo album: Facce d'amore (The Faces of Love), the sequel to Anima Sacre (with the Ensemble Il Pomo d'Oro, conducted by Francesco Corti). Orlinski swaps the sacred for the most personal and passionate, with a musical selection that reflects the different attitudes of the baroque male lover: joyful and reciprocal love interplay with anger, and madness. On April 14th, pianist Javier Perianes performs the program Cruce de caminos, which includes pieces by Clara and Robert Schumann, Brahms, and Granados; the piano, genius, admiration and affection were the axes of the relationship between the Schumann couple and Brahms. The program is completed by the Goyescas suite by Granados, an evocation of Goya's visual universe and the composer's masterpiece.

The Orchestra of the Champs Elysées will close Kursaal Eszena’s classical season on June 1st. Founded in 1991 by Philippe Herreweghe, this group has received numerous international successes and awards in its three decades of history. Performing two major works of the classical repertoire, Mozart's Last Symphony and Beethoven's Third Symphony, which marks the beginning of musical romanticism.

Over the next few months, young ones will be able to enjoy live classical music both with the Family Concerts (the series of concerts dedicated to children and families), and the School Concerts, which are carried out in co-production with the Aula de Música de Euskadiko Orkestra. On February 19th, as part of the Family Concerts series, Opus Lirica will perform Goazen operara, which introduces children (aged 6 and up) to the world of opera and Italian verismo through a piano version of Pagliacci, adapted for young ones. On May 6th, the Aula de Música de Euskadiko Orkestra will premiere, in the chamber hall of the Kursaal, Elkarrekin sortu, an innovative concert for all ages that uses advanced musical technology (and a performance by a chamber group) to make the public an essential part of the show. The School Concerts series aim to bring live classical music to schoolchildren; On March 20th and 21st, several sessions of the Boléro show (which will feature the Euskadiko Orkestra, directed by Juanjo Ocón), designed exclusively for this initiative, will turn the Kursaal Auditorium into a classroom. 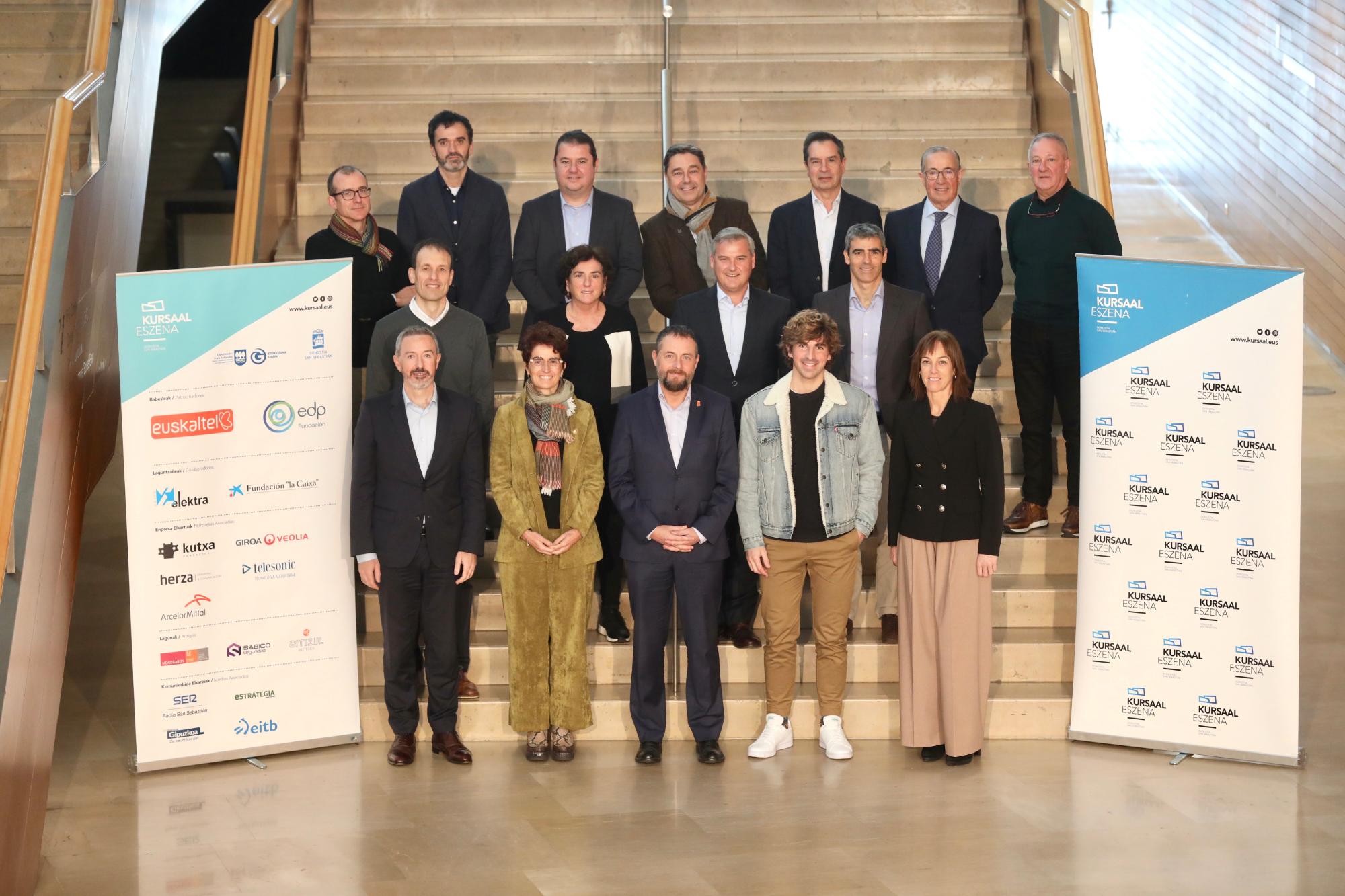 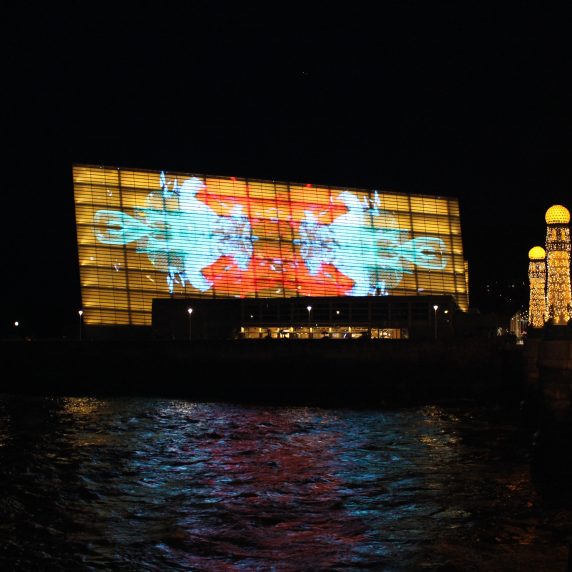 ● Kursaal is once again working with Tabakalera, and specifically with its space for experimentation and citizen creation, Medialab, to develop a new digital art proposal. ● Alba G. Corral is the author of Estel, […] 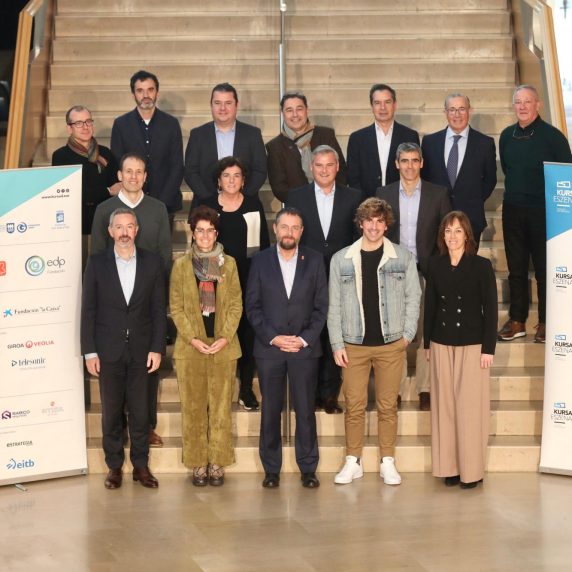 ● The Popular Music program for the coming months includes concerts by French singer Zaz, as well as Jethro Tull, Ojete Calor, Steve Hackett. ● The Classical Music program brings us performances by the Salzburg […] 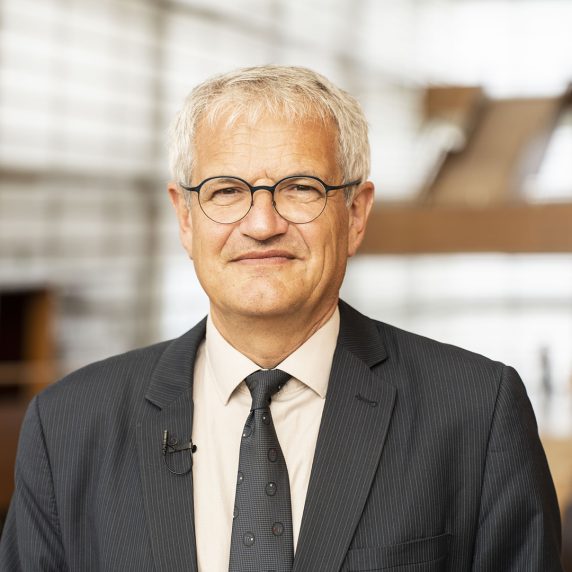